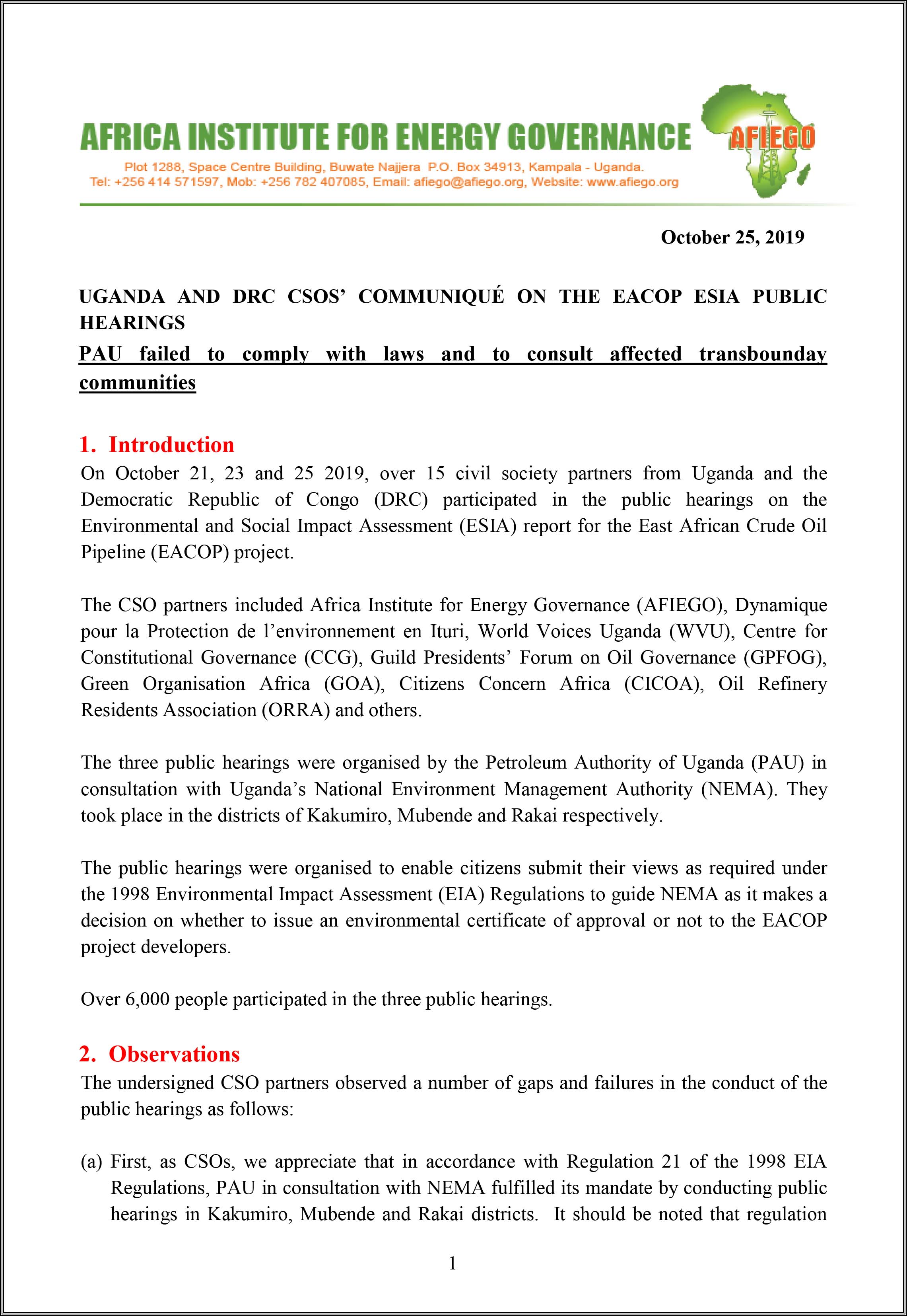 Following our participation, we issued a communique through which we show that PAU violated national environmental laws and failed to respect regional accords aimed at ensuring the harmonious exploitation of resources in the Great Lakes region.

We also show that communities had to cover long distances and incur high costs to participate in the public hearings as only three hearings were organised. This is despite the fact the EACOP will affect ten districts in Uganda.

Failure to organise public hearings in all the ten affected districts undermined effective public participation in the public hearings. This could have far-reaching implications.

In addition, the presiding officer gave communities, some of whom had moved long distances to participate in the public hearings, only one minute to comment on the big EACOP ESIA report. This was especially seen in Kakumiro and it was unfair. It also went against the rules of natural justice.

Through the attached communique, we are calling on NEMA to direct PAU to organise public hearings in all the ten-EACOP affected districts.

We also make other recommendations to enable effective public participation in the public hearings. This will NEMA make the right decision on the EACOP project to promote environmental conservation and community livelihoodsUganda and DRC CSOs communique on failures in EACOP ESIA public hearings 25-10-2019