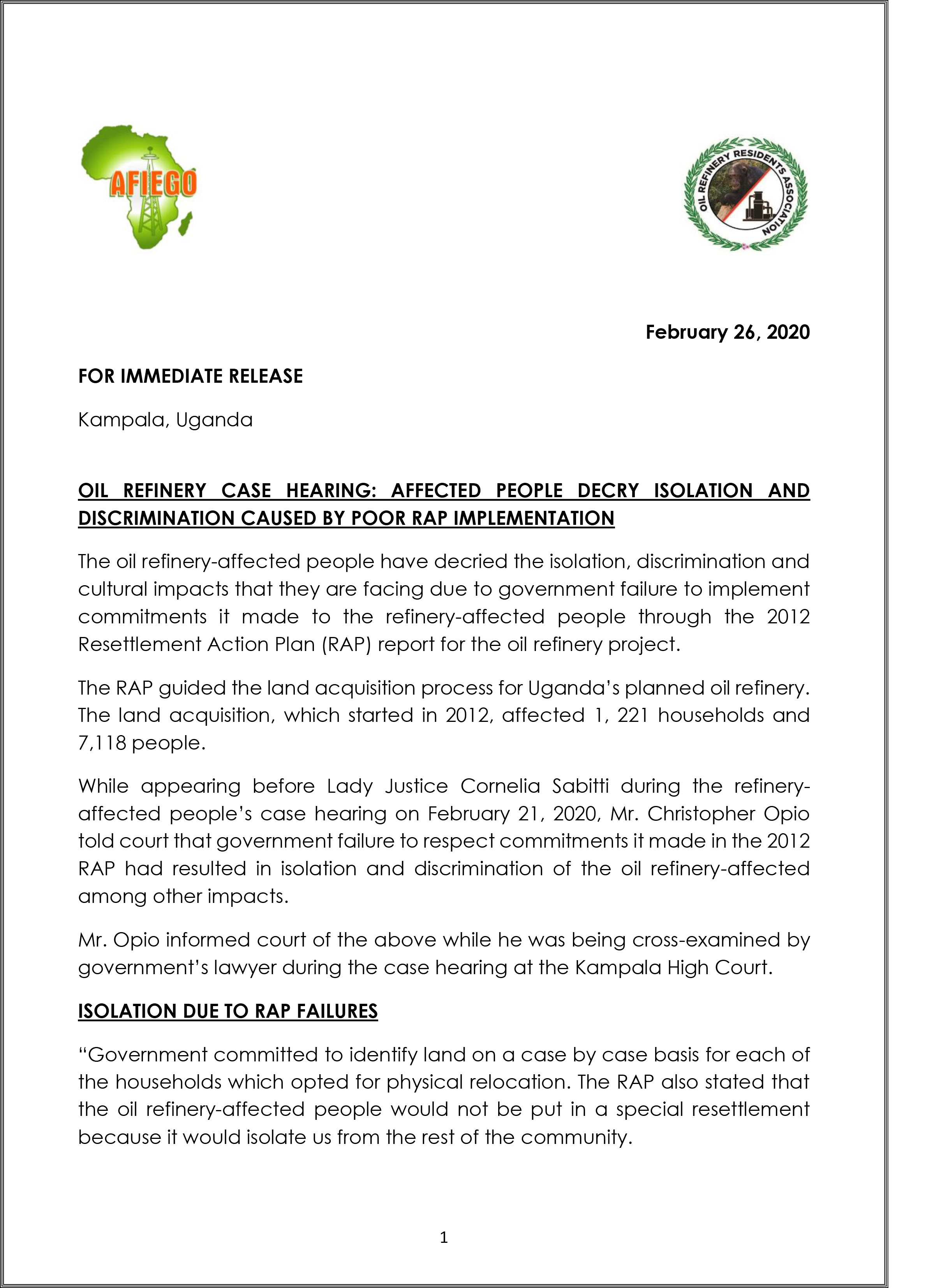 On Friday February 21, 2020, court heard the case through which the refinery-affected people are accusing government of paying them delayed, unfair and inadequate compensation.

During the court case hearing, the people submitted evidence that showed how government’s failure to pay them prompt, fair and adequate compensation, failure to implement commitments in the 2012 Resettlement Action Plan (RAP) report, government’s use of a cut-off-date in an unconditional and inhumane manner and others is affecting the people.

For instance, todate, nearly eight years after the people were displaced, they are faced with isolation, are discriminated against, live in broken families and have limited access to credit services due to limited social capital among others.

The people want court to order government to remedy some of the injustices against them through paying them adequate compensation among others.

Kindly download and circulate the attached press statement to promote justice for all oil-affected people.Media release on outcomes of the oil refinery case of 21-February-2020