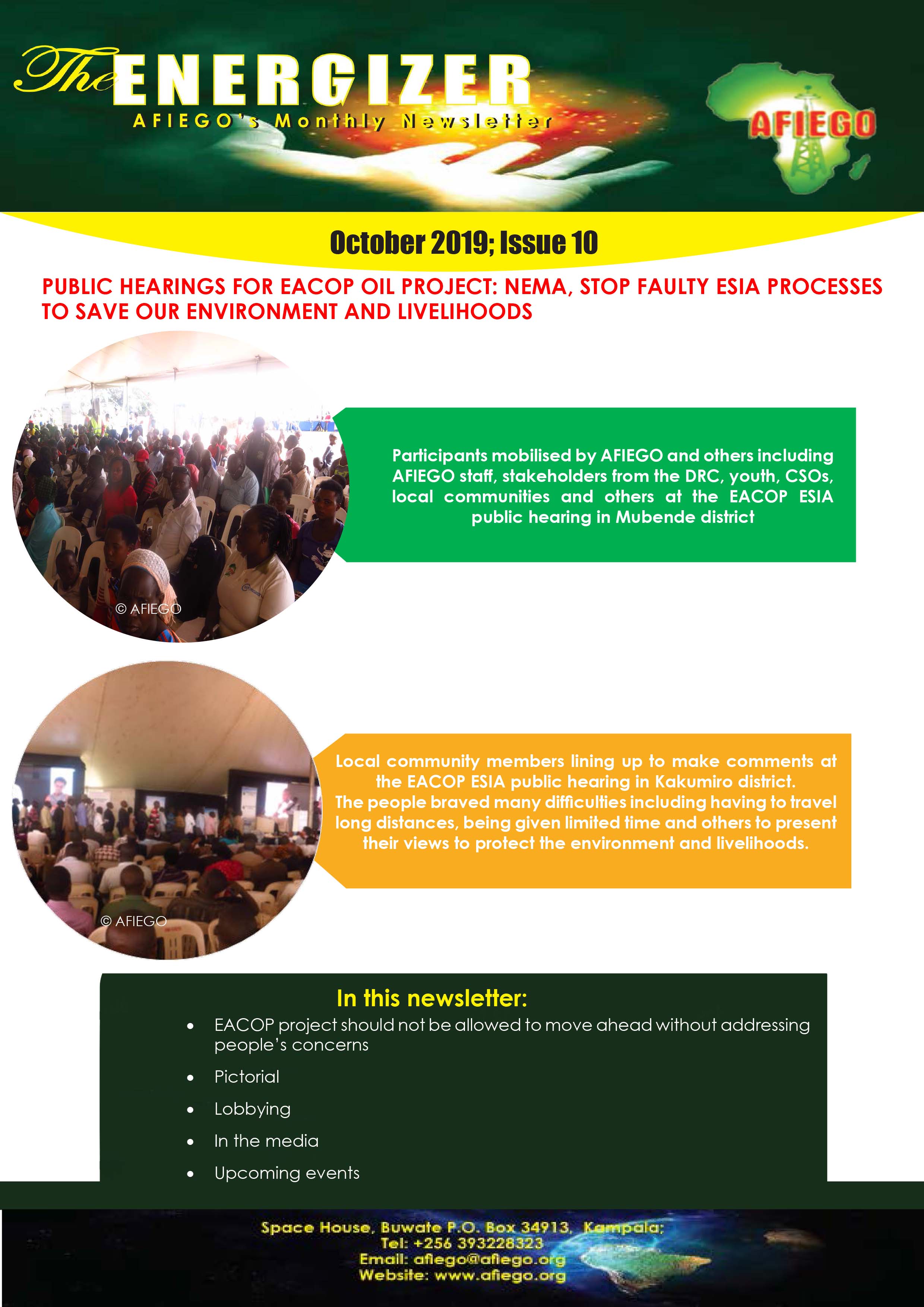 The newsletter highlights what transpired during the public hearings on the Environmental and Social Impact Assessment (ESIA) report for the East African Crude Oil Pipeline (EACOP) project.

The public hearings were organised by the Petroleum Authority of Uganda (PAU) in consultation with NEMA. They took place on October 21, 23 and 25, 2019 in three of the ten EACOP-affected districts of Kakumiro, Mubende and Rakai.

Through the newsletter, we show that stakeholders that participated in the public hearings highlighted many grave gaps and weaknesses in the EACOP ESIA report. Stakeholders called on NEMA not to approve the EACOP ESIA.

Further, the public hearings showed that NEMA is failing communities by failing to demand that developers include Resettlement Action Plan (RAP) reports and mitigation plans in ESIA reports.

The number of land acquisition-related grievances that were raised were overwhelming. Yet the EACOP ESIA lacked a RAP to enable stakeholders comment on it and improve its adequacy.

Further, stakeholders said that without mitigation plans in the ESIA report, they are left without an understanding of whether it is really possible to avoid or mitigate the impacts identified in the EACOP ESIA report. District leaders also noted that this compromises their ability to monitor implementation of mitigation plans for compliance.

The newsletter contains the following:
EACOP project should not be allowed to move ahead without addressing people’s concerns
Pictorial which captures comments made by stakeholders at the EACOP ESIA public hearings
Lobbying
In the media
Upcoming eventsAFIEGO’s October 2019 newsletter