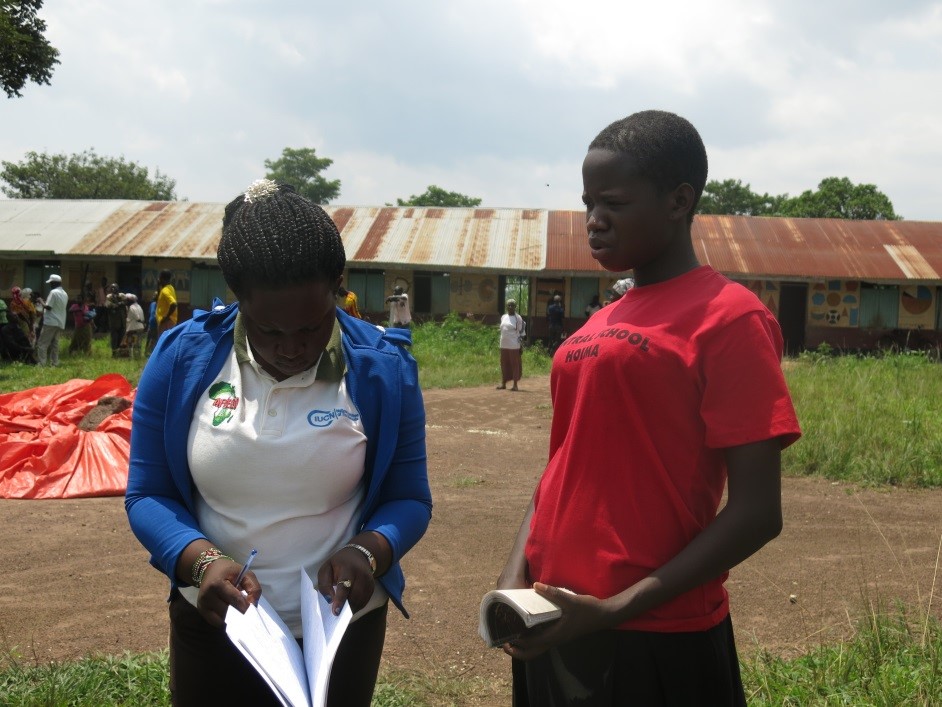 As the world marks International Literacy Day today –September 8, 2016-, we take a look at the dismal state of education in the oil region, focusing on how oil activities are further harming education.
Sixteen-year old Catherine Nyayenga does not want the events from the last school term to ever replay themselves in her life again.

Until 2012, her thirst for education was ably quenched by her hardworking parents and teachers.

Her parents practiced farming from which they paid her school fees while her teachers gave her the knowledge she requires to achieve her dream of becoming a doctor.

She was a good and curious student, soaking in the knowledge provided by her teachers and probing for answers on topics she did not understand. She was determined to do well and become a doctor.

Then government acquired 29 sq. km of land in Kabaale-Buseruka, Hoima district for a refinery. Her father’s land was part of the land that was acquired.

Government set a CUT-OFF date of June 2, 2012 meaning that property that was put up after the cut-off date would not be compensated.

Economic activity in the refinery area stalled. Nyayenga’s father’s fortunes dwindled. He increasingly found it hard to pay her school fees culminating into her missing her Mock exams last term.

Today, Nyayenga who is a student at Central High School in Hoima, has been turned into a beggar who asks for money so as to stay in school. AFIEGO offered her some.

It is important to however note that it is unsustainable to educate all the pupils and students whose education has been negatively affected by the refinery project.

As we have previously told you, education in the refinery area has been direly compromised.

“After completing P.7, our children drop out because the distance from Kaiso to Kabaale is too long. The boys become fishermen while the girls get married. Some become prostitutes at the landing site [on Lake Albert],” Mr. Henry Irumba, the L.C.1 Councillor of Kaiso landing site, which is located in Tonya parish, Buserka sub-county, says.

He appeals to government and oil companies such as Tullow Oil to construct secondary schools in Tonya parish; Buseruka Secondary School is in Kabaale parish, which is 26.6 Km from Tonya.

“How can Uganda say that it is aspiring towards local participation in the oil sector and for middle income status when it has failed to provide education for the refinery-affected pupils for over four years?

The pupils should be returned to school. We also need more secondary schools,” Mr. Opio says.