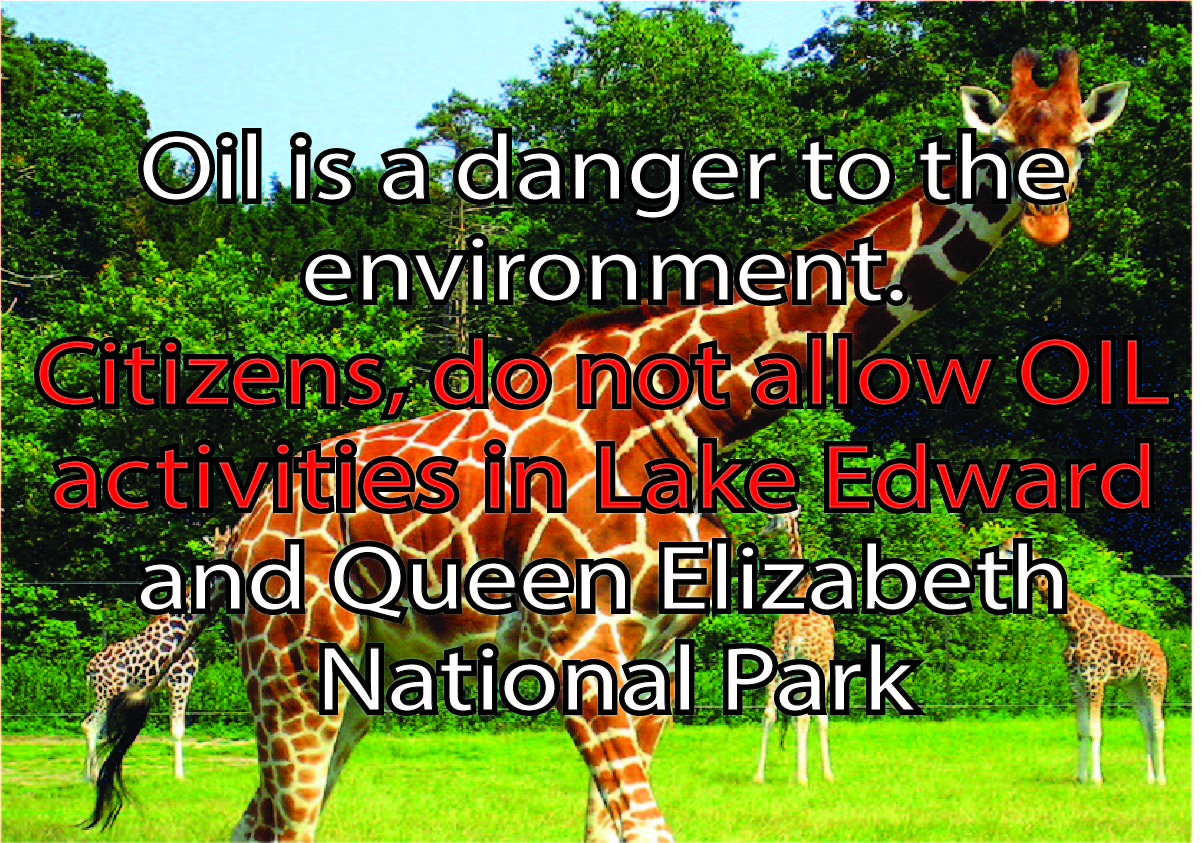 On May 8, 2019, the Ugandan government put up Ngaji oil block for bidding. Government plans on allowing oil exploration in the block.

The block is located in one of the most important and ecosensitive landscapes in the world, the Albertine Rift.

Virunga National Park accommodates 43% of Africa’s bird species, 27% of Africa’s mammals and more than 10% of Africa’s reptiles, amphibians, and plants in addition to several rare and endangered species that exist nowhere else in the world.

Allowing oil exploration in the Ngaji oil block will affect Lake Edward and the Queen Elizabeth in addition to Virunga national parks.

This will have catastrophic environmental, social, economic and diplomatic effects.

Join us in calling on government to stop the licensing of Ngaji oil block.

Tell your friends and partners about the negative impacts of licensing out Ngaji oil block.

Further, talk to your area Member of Parliament (MP), petition Ministry of Energy and write newspaper articles calling on government to remove Ngaji oil block from the blocks being considered for bidding.

We use cookies to ensure that we give you the best experience on our website. If you continue to use this site we will assume that you are happy with it.OkNo