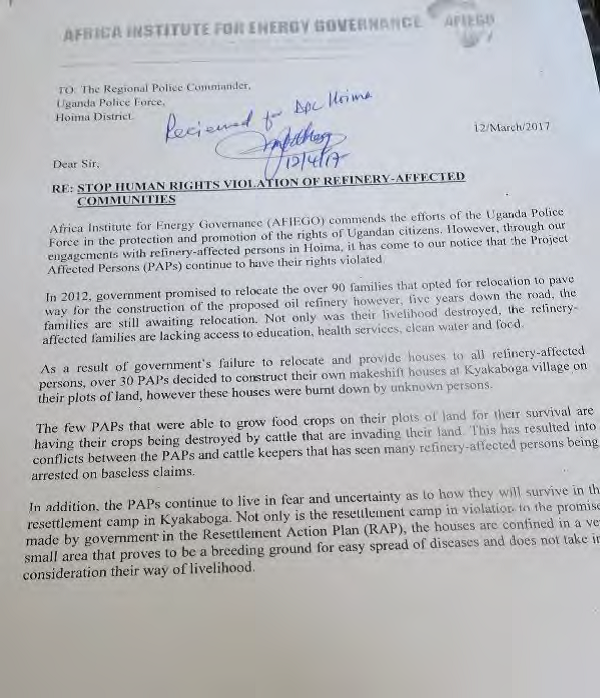 Following petitions by AFIEGO and the Oil Refinery Residents Association (ORRA) to the police in Hoima including the RDC, Regional Police Commander (RPC) and Deputy Police Commander (DPC), the cattle keepers who had illegally settled in the refinery area and had become a source of conflict and security threats were removed from the area.

On Saturday June 10, 2017, police started on operations to remove the cattle keepers and by Monday June 12, they had all left.

“The cattle keepers were disturbing us. Their animals used to eat our food [crops] which are our only means of survival as government stopped us from growing perennial cash crops when it placed a cut-off date of June 2, 2012 for properties it would compensate.