MENUMENU
FOR LAKE VICTORIA: WHY CSOS FILED COURT CASE AGAINST EACOP AT THE EAST AFRICAN COURT

FOR LAKE VICTORIA: WHY CSOS FILED COURT CASE AGAINST EACOP AT THE EAST AFRICAN COURT

The time is 6:06pm. Alex Lyazzi, a fisherman, alongside his colleagues set off from a landing site in Kigungu-Entebbe for Lake Victoria.

They travel by boat and with them, they carry fishing nets. They often lay the nets in the lake and return to land.

Later in the night, they return to the lake, haul their fishing nets with their night’s catch onto their boats, return to land and sell their fish.

Like Lyazzi, several fisherfolk rely on Lake Victoria to make a living. According to the paper, The status of Lake Victoria Fisheries under limited access fisheries, 219,919 fishers including fishermen, boat owners and labourers work on the lake.

The number of people that are directly and indirectly employed by the lake’s fisheries is higher. It stands at over 3 million people and includes processors, traders and others in the fisheries value chain. 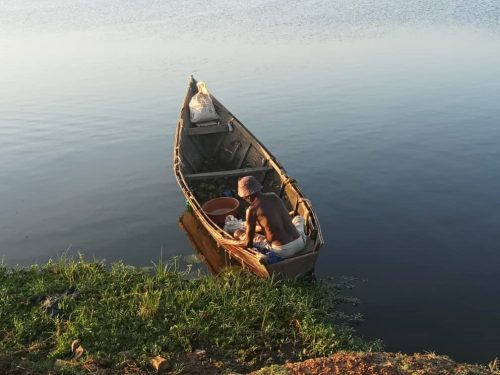 Standing at a surface area of 68,800 km2, Lake Victoria is the second-largest freshwater body in the world and the largest in Africa.

The lake is shared amongst Tanzania, Uganda and Kenya with 51%, 43% and 6% of the lake being found in the above-mentioned countries respectively.

The lake performs various functions among which is provision of water, fish and employment. According to the paper, Lake Victoria’s bounty: A case for riparian countries’ blue economic investment, “The lake provides ecosystem services such as water for domestic and industrial use, transport, hydropower generation and food to over 40 million people”.

The lake also supports the largest freshwater lake fisheries in the world, with about 1 million tonnes of fish being caught annually from the lake. The total annual value of the lake’s fisheries is over USD 400 million.

Nile Perch has the highest value of about USD 400 million. It is exported to “more than 50 countries, with 60% exported to Europe.” Silverfish, also locally known as dagaa or mukene, which is traded regionally and is used both as human food and in chicken feed, has an annual value of USD 588, 680. The annual value of Tilapia is estimated at USD 34, 651.

Lake Victoria also plays socio-cultural roles with several beaches, cultural norms and others being supported by the lake.

This major lake stands to be impacted by the East African Crude Oil Pipeline (EACOP) project. First, when constructed, the pipeline will affect wetlands and watercourses in Uganda and Tanzania belonging to the Lake Victoria basin.

Modelling exercises done by scientists to determine how the lake would be impacted in case of any oil spills show that there are high risks of the lake being polluted at some points.

Specifically, a failure of the pipeline from KP300-520 in Tanzania would negatively impact the water quality of Lake Victoria, thereby affecting the lives of the people who depend on the lake to meet their water and food needs.

Furthermore, the EACOP project’s full value chain carbon emissions over 25 years are projected to be 377.6 million metric tonnes. This stands to worsen the climate change impacts on the lake.

Important to note is that Lake victoria is not only a critical resource for Uganda, Kenya and Tanzania but is also very essential for the livelihoods of people outside East Africa. Countries along the Nile basin such as Egypt, Ethiopia, Sudan and South Sudan rely on the ecosystem services provided by River Nile, whose source is Lake Victoria. The pipeline’s proximity to the lake therefore puts millions of lives in Africa at risk.

Because the EACOP project is impacting the Lake Victoria basin, a separate Environmental Impact Assessment (EIA) determining the project’s impacts on the lake ought to have been undertaken by the project developers.

Under Articles 4,5,12, 13 and 14 of the Protocol for Sustainable Development of Lake Victoria, projects which are likely to have a significant impact on the Lake Victoria basin such as the EACOP must undertake environmental impact assessments through a process of public participation by the East African Community (EAC) Secretariat. The EIA is supposed to be approved by the EAC Council. These provisions of the protocol were violated by the EACOP project developers.

Being a critical resource for Africa, the management of Lake Victoria calls for special care and respect for all laws and treaties that have been enacted to protect the lake.

Other reasons showing why the court case was filed can be read in this factsheet.